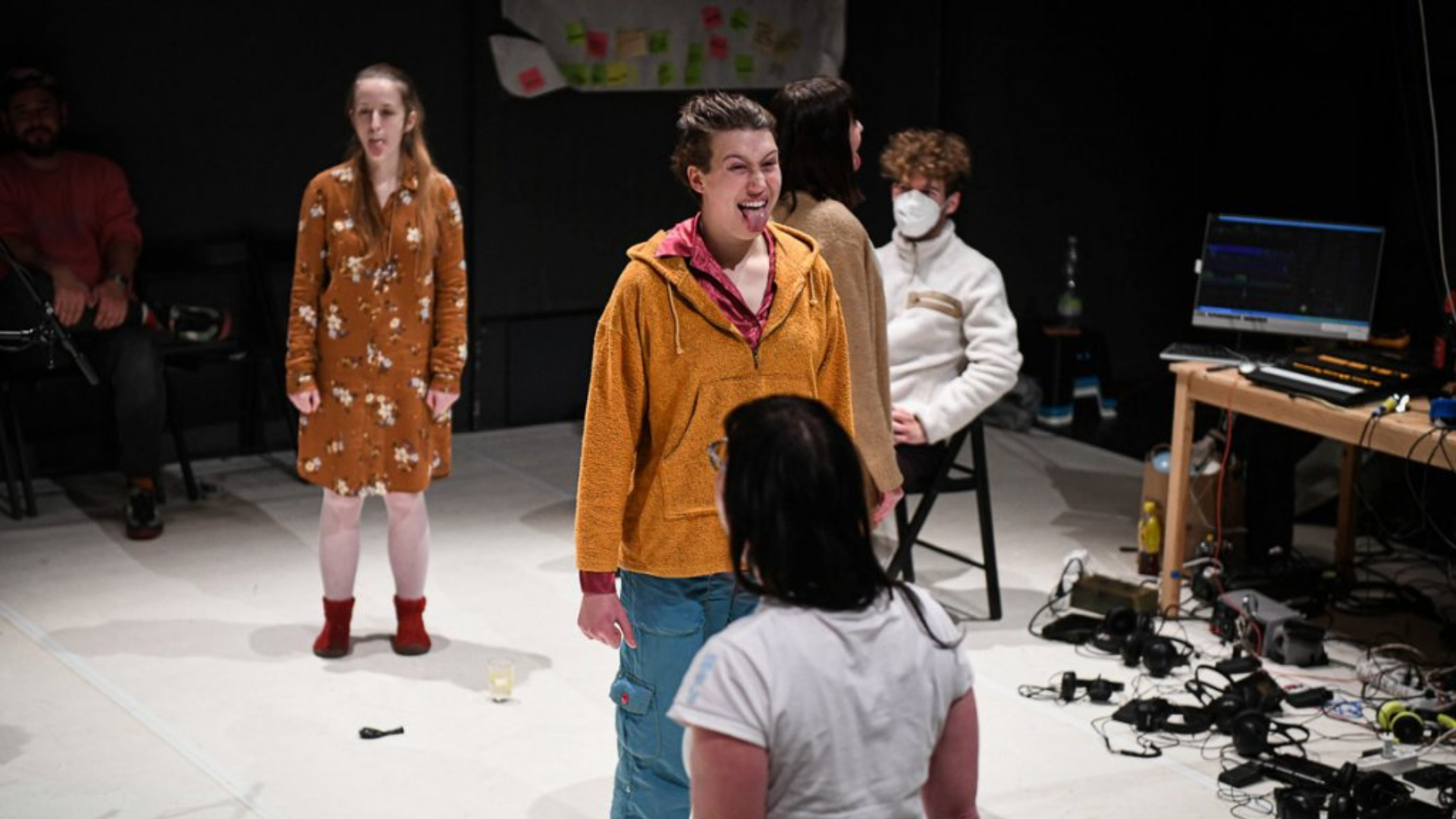 The production is based on a series of attempts to use the machine as a theatrical improvisational tool, whose counterpart on stage is a group of volunteers who applied for an open call by Peter Gonda. The machine becomes part of the social sculpture created during the course of the project. The starting point was a dive into the history of automation, from its mechanical beginnings to the current assemblage of code, robots and humans (not only) in the workplace. The cast is made up of a group of volunteers who participated in the creative process with director Peter Gonda and the collective. After a series of productions where the potential of working with non-actors has been explored, Gonda and his collective come up with a show that questions the possibilities of non-actors and machines co-existing on stage.