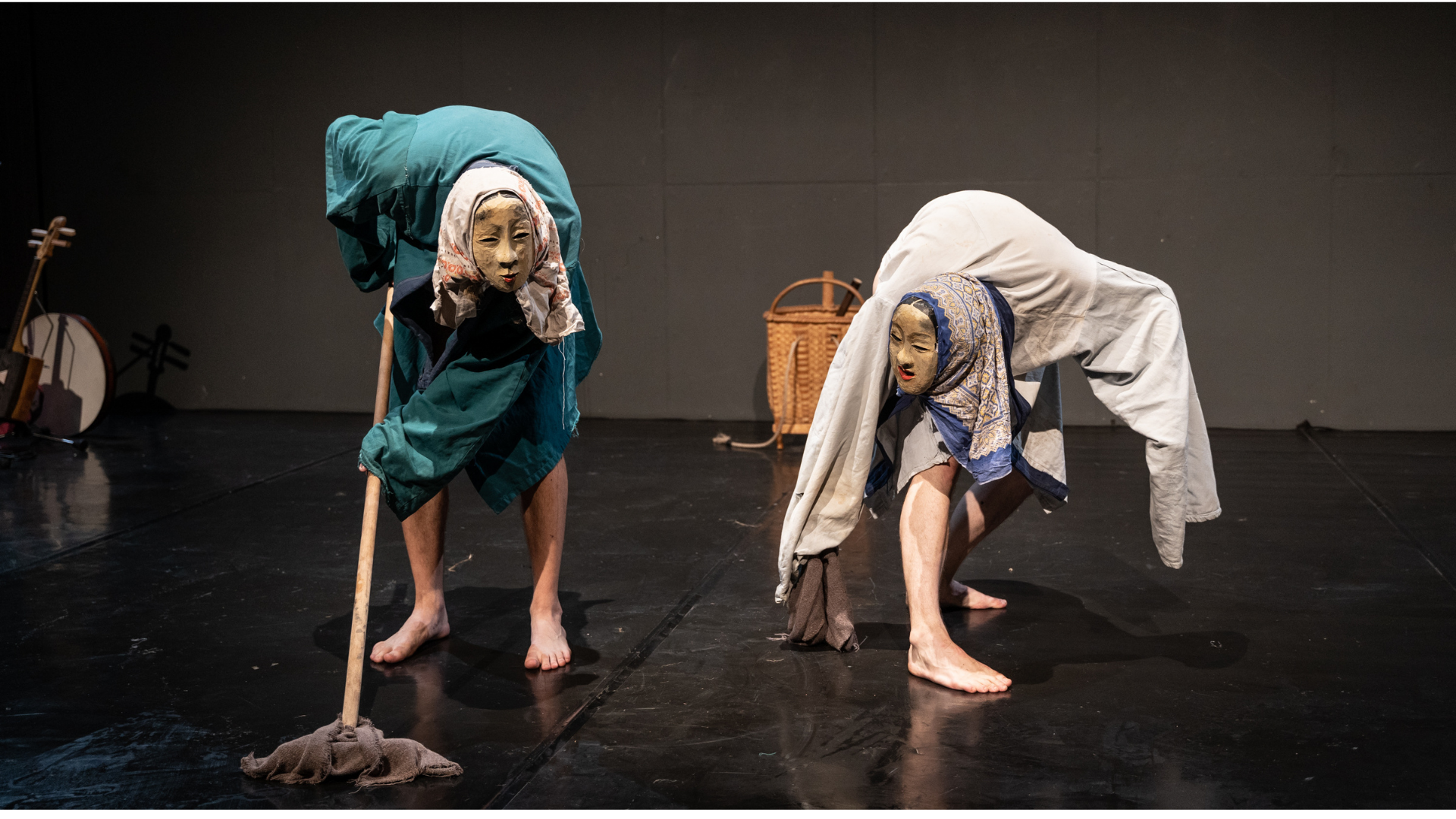 6pm NOW THAT MY HOUSE IS BURNT TO ASHES...

A homeless man and a demon, two samurai warriors, two clowns, two butoh dancers, two geishas. Human figures and other creatures emerge from a blend of Japanese folk tales and legends, moving silently to the sounds of a Koto and footsteps of geta. As many masks, you have, as many times are you human, even if it’s just a twisted shadow of his. Behold the costumes, as they switch faster than the speed of a whipping bokken, with the precision of kata and as efficient as urea fertilization. Reeds grow, hair grows, nails grow. But a homeless man is like a snail - he wraps up all his belongings and disappears without a trace. Since he has no address, we could never find him again.